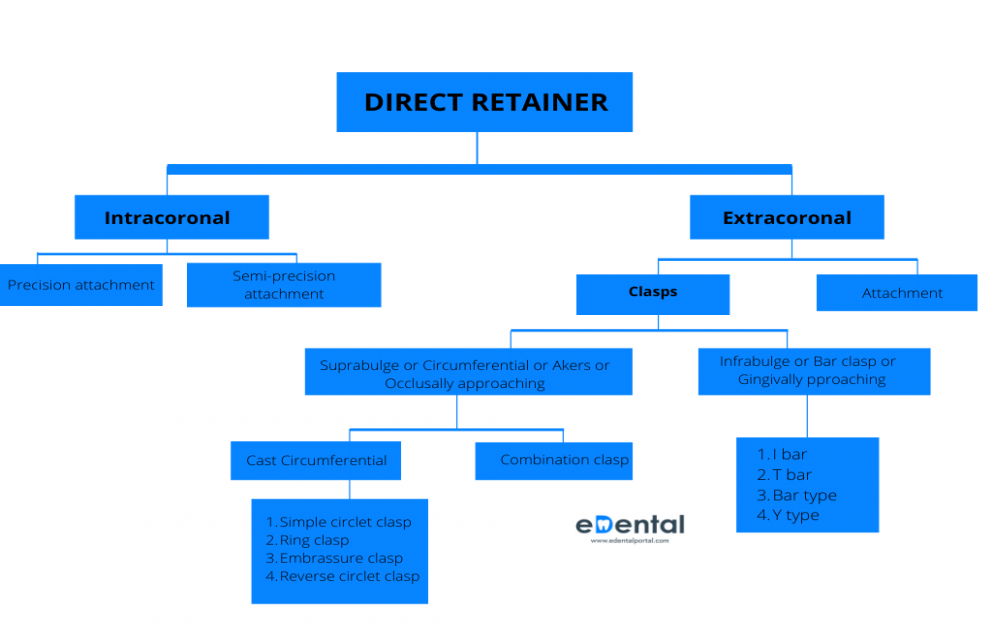 Direct retainer is a component of removal partial dentures (RPD), which is used to retain and prevent dislodgement, consisting of a clasp assembly or precision attachment.  Depending on their placement inside (within) the abutment tooth or outside (surrounding) the abutment, direct retainers can be broadly classified as:

Clasps are the most commonly used extracoronal direct retainer.

This design is most frequently used in cases of unilateral edentulous span of an unmodified Kennedy Class II or Class III partial denture, on the side of the arch where there is no edentulous space.

The combination of a wrought alloy and cast alloy gives it the name ‘combination clasp’.

The patient may be taught to avoid distortion of the wrought wire by explaining how to remove a partial denture- the fingernail should always be applied to its point of origin, where it is held rigid by the casting, rather than to the flexible terminal end. Often, lingual retention may be used rather than buccal retention, especially on a mandibular abutment, so that the patient never touches the wrought- wire arm during removal of the denture. Instead, removal may be accomplished by lifting against the cast reciprocal arm located on the buccal side of the tooth.